The Weight of Attitude

I must start this blog post with a disclaimer. I have an 11 week old son. I had an (emergency) c-section, which was difficult (for this active third floor walk up dweller) to recover from. Henry is still not "sleeping through the night", so mommy is tired and not sleeping through the night.  I am a goal oriented person; once I set a plan in motion, I assume things are going to exactly according to plan (Not the best mindset, more often than not). Okay, with that said, let's talk about attitude.

I have had a bad attitude recently. Last week I basically had a breakdown. Was it the hormones? Maybe. Was it my unrealistic expectations? Possibly. But it happened. I did my usual once a week weigh in, after having lost 2 pounds in 2 weeks, with high expectations. I had eaten well, exercised, and felt good. What was translated to me by a numbers board was not what I was expecting: 1 pound gained. Now I know what you all are thinking: It's just a scale, it doesn't determine your happiness. Please, think back to a time when you were expecting a good time only to see it was significantly slower pace than your expectation, or even your own weight struggle. We've all been there: feeling disappointed in the lack of progress. I was there Friday. I was mad at the scale, mad at my body, mad that I'm still carrying around 18 extra pounds. Can I say that? Well, I will.

Before we go on, know this: I wouldn't trade my son for the world. I know this extra weight is temporary. I KNOW lots of things. But I had one of "those" days where things started off rocky and went downhill from there; nothing major, just little annoyances magnified by the initial annoyance of the day.

This is my reality: I'm no where close to my pre-baby weight nearly three months later. I know it's not an overnight occurrence, but I assumed I would be further along than this by now. I assumed that everyone was right when they told me "The weight will fall off when you're breastfeeding!" I assumed that three weeks of clean(er) eating and healthy amounts of exercise would yield more than a net of 1 pound lost. I assumed it wouldn't be this hard. And you know what? It's been eating away at me, and that attitude is like an added weight. 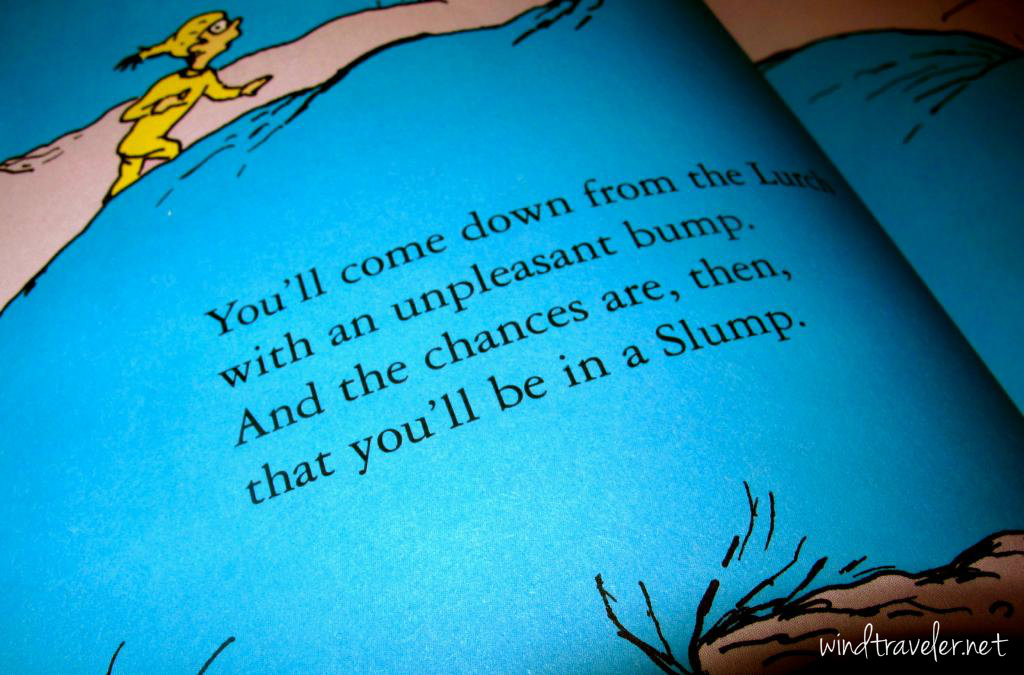 I thought of Dr. Seuss's Oh the Places You'll Go Via

My attitude has weighed me down. My husband, God bless him, has been beyond supportive and positive. I, on the other hand, have been focused on how nothing fits, my visible "rolls", and lack of results. It's so easy to be caught in this rut. I tiptoed the line of this rut, but fell in it on Friday. There were tears. There were "never" statements. My attitude was like an anchor and I was stuck. I went for an "angry run". You know the kind, where you just need to burn off steam...only it's hard to burn off steam when you're pushing 50lbs of stroller/baby/puppy. I felt slow, like this process I'm in. I had tons of fun plans for the weekend, but I wasn't excited about them. I was sabotaging myself because things weren't working out the way I thought they should be. Thankfully, I woke up Saturday a bit calmer, a bit happier, and a bit more sane. I spent time with some pretty great people. On Sunday I went for a "cleansing run", one where the day was beautiful, things felt good, and the end feeling was satisfaction with my effort.

Mr. Miller played tennis with Nike while I ran 3 miles with Henry

So, how will I be different? I was watching The Today Show and saw a series about giving things up for 30 days; whether it be technology, sweets, whatever is "weighing you down". I saw a mom featured who gave up negative talk (Read her story here). So, starting today, I will be following in her footsteps. I will give up negative talk about myself as a mom, my appearance, and (trivial) circumstances. I'm going to lighten the weight of my attitude.

If you have made it this far, congratulations! I wrote this post over the weekend, and took time to think about if I really wanted to publish it. I had really encouraging conversations with other moms who gave me a healthy dose of tough love, personal experiences and encouragement. I'm published it because there may be others having a tough day, week, month, or year in their weight loss journey (Whether postpartum or otherwise), and I wanted you to know that other people have those trying times too. I have not said anything negative in the past few days, and I already feel more accomplished, lighter, and relaxed. I'm shedding the weight of my attitude, and honestly, it feels good.

How about you? Have you ever gotten into an attitude rut? How do you escape falling into a negative pattern? TELL ME ABOUT IT!
Posted by Unknown at 1:16 PM

I am Mrs. Miller: wife, stay at home mom to Henry and Lambeau Puppy, NYC runner and Rodan and Fields Consultant! This blog details my training for marathons as a new mom, running routes in NYC, health and wellness info, and yummy food!

I am a Proud Rodan and Fields Skin Care consultant! 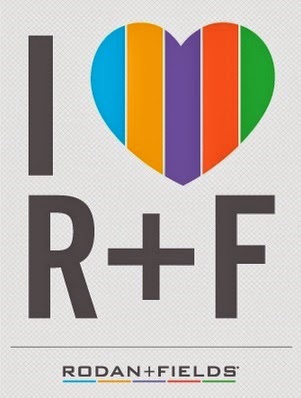